In this configuration, PRO4000SERIES reactor is made up of one anode and one cathode and, dozens of sacrificial metal blades (iron or aluminium). The reaction cell contains a series of metal blades placed parallel to each other. The influent to be treated is introduced into the bottom of the chamber/reactor and it is dispersed evenly as it moves upward through the electrodes. Direct Current (Vdc) is introduced into the cell by attaching the positive (+) and negative (-) leads to the first and last terminal, located outside the chamber. The liquid then becomes a conductor, allowing the DC current to pass freely throughout the chamber. The electrodes react to the current by releasing charged metal ions into the influent at a different rate of some g/m3 treated, depending on the energy used and the quality of the influent. 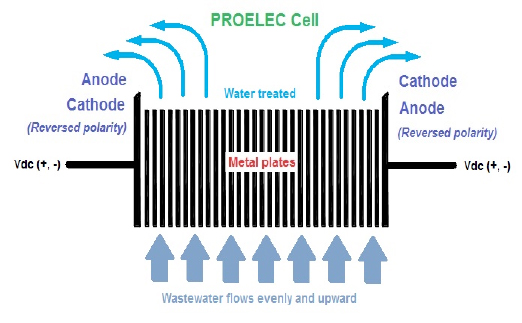 The flooding of electrons into the influent neutralizes charged particles, causing them to be pulled out of suspension. Electrocoagulation through the reaction cell produces several distinct electrochemical results independently.

The parallel arrangement of plates is electrically similar to a single cell with many electrodes and interconnections. The electric current is divided between all the electrodes in relation to the resistance of the individual cells. PROELEC PRO4000SERIES have the advantage versus PROELEC Toroidal models because less electricity is required. In this instance the sacrificial electrodes are placed between the two parallel electrodes without a middle electrical connection.

When an electric current is passed through the two electrodes, the neutral sides of the conductive plates will be transformed to charged sides, which have opposite charge compared to the parallel side beside it. Thus, during the process, the positive side undergoes anode reactions, while on the negative side, cathode reaction is encountered. The released ions neutralize the charges of the particles and thereby initiate coagulation. In addition, as water containing colloidal particulates, oils, or other contaminants move through the applied electric field, there may be ionization, electrolysis, hydrolysis, and free-radical formation which may alter the physical and chemical properties of water and contaminants. As a result, the reactive and excited state causes contaminants to be released from water and destroyed or made less soluble. 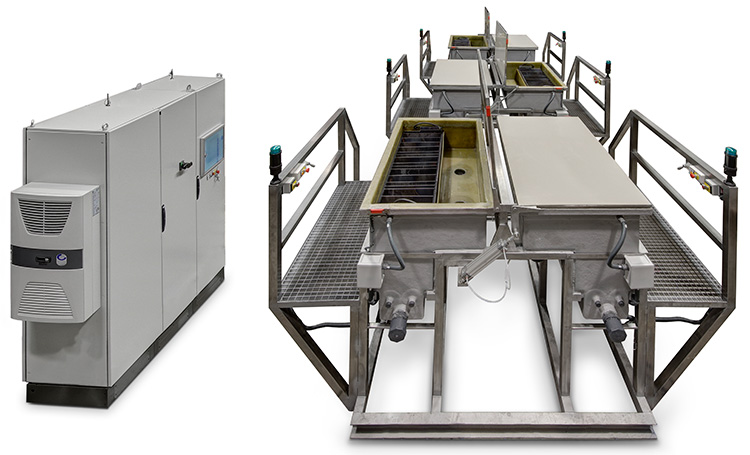 Although each treatment virtually requires a made to measure PROELEC plant due to different conditioning factors such as: the location of the plant (in height or not), electrical supply (380 Vac, 220 Vac, 440 Vac…), temperature of the area (tropical area, coastal area,…,), pre- and post-treatments, integration with other systems, etc.., we have some basic models that usually make up the main essence of each PROELEC plant installed (download catalog). 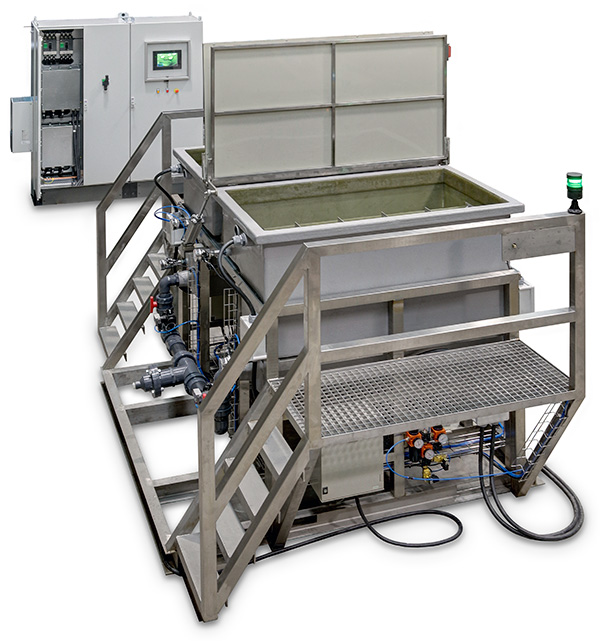 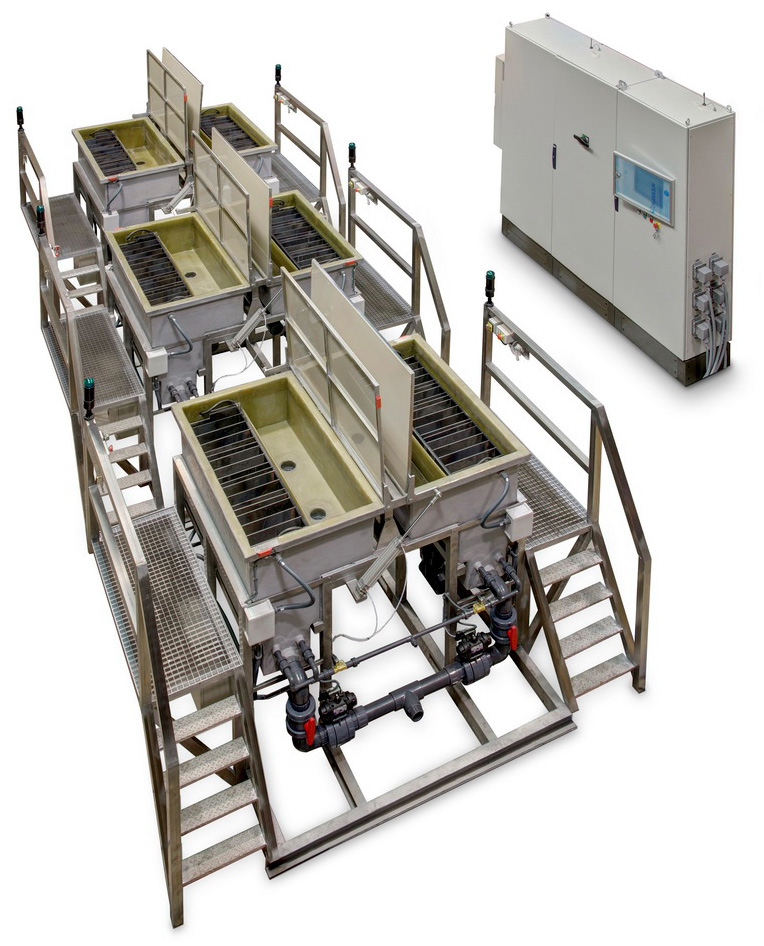 If the conductivity of the wastewater to treat is not high enough, then our design includes some interconnections between the parallel plates to reduce the resistance and consequently increase the performance of the treatment.

The PROELEC PRO4000Series models stand out for the inclusion of: air diffusers in the lower part of the reactor to help flotation and electrode cleaning; the functionality of electronic automatic change of polarity of electrodes, also to keep the electrodes clean and increase the performance of the treatment; instrumentation of control and measurement to guarantee the conditions of operation and operation; security control system with emergency stop, reset and security key and; as optional, a superior sludge scraper. These are essential characteristics to achieve performance and durability in the treatment. 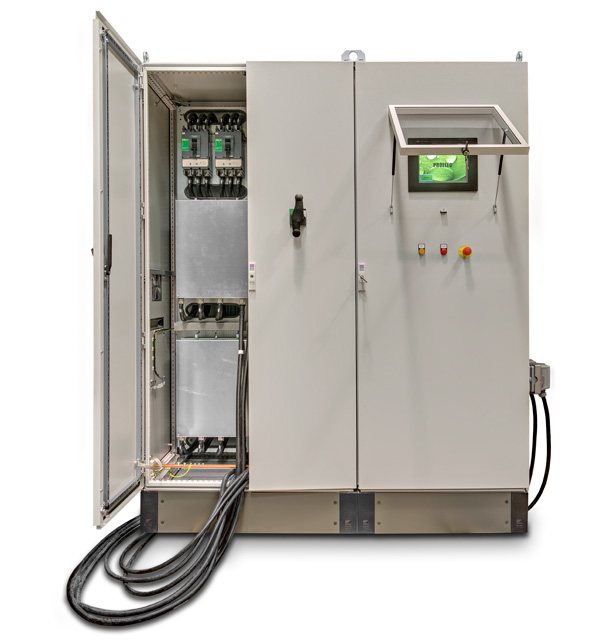 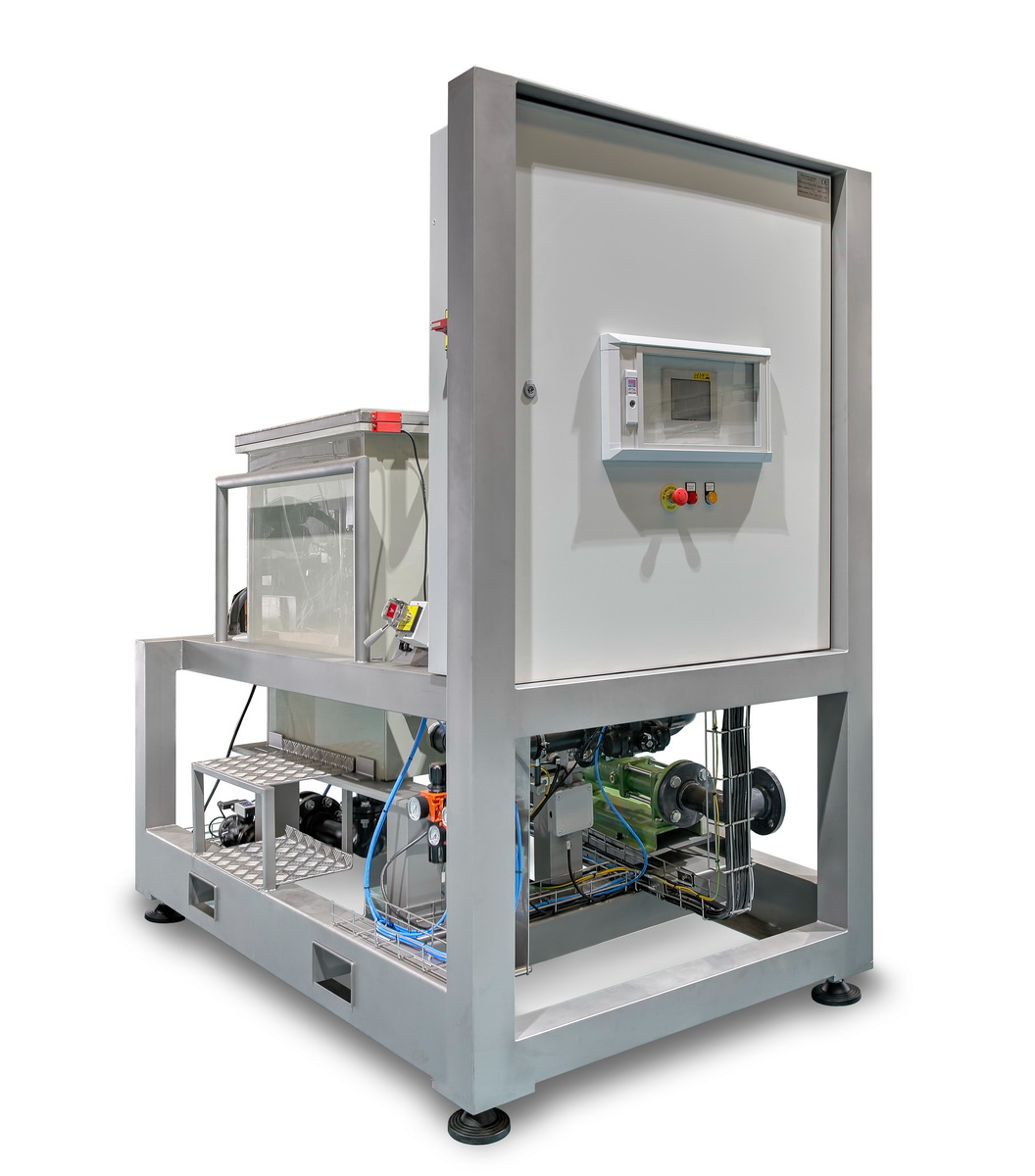 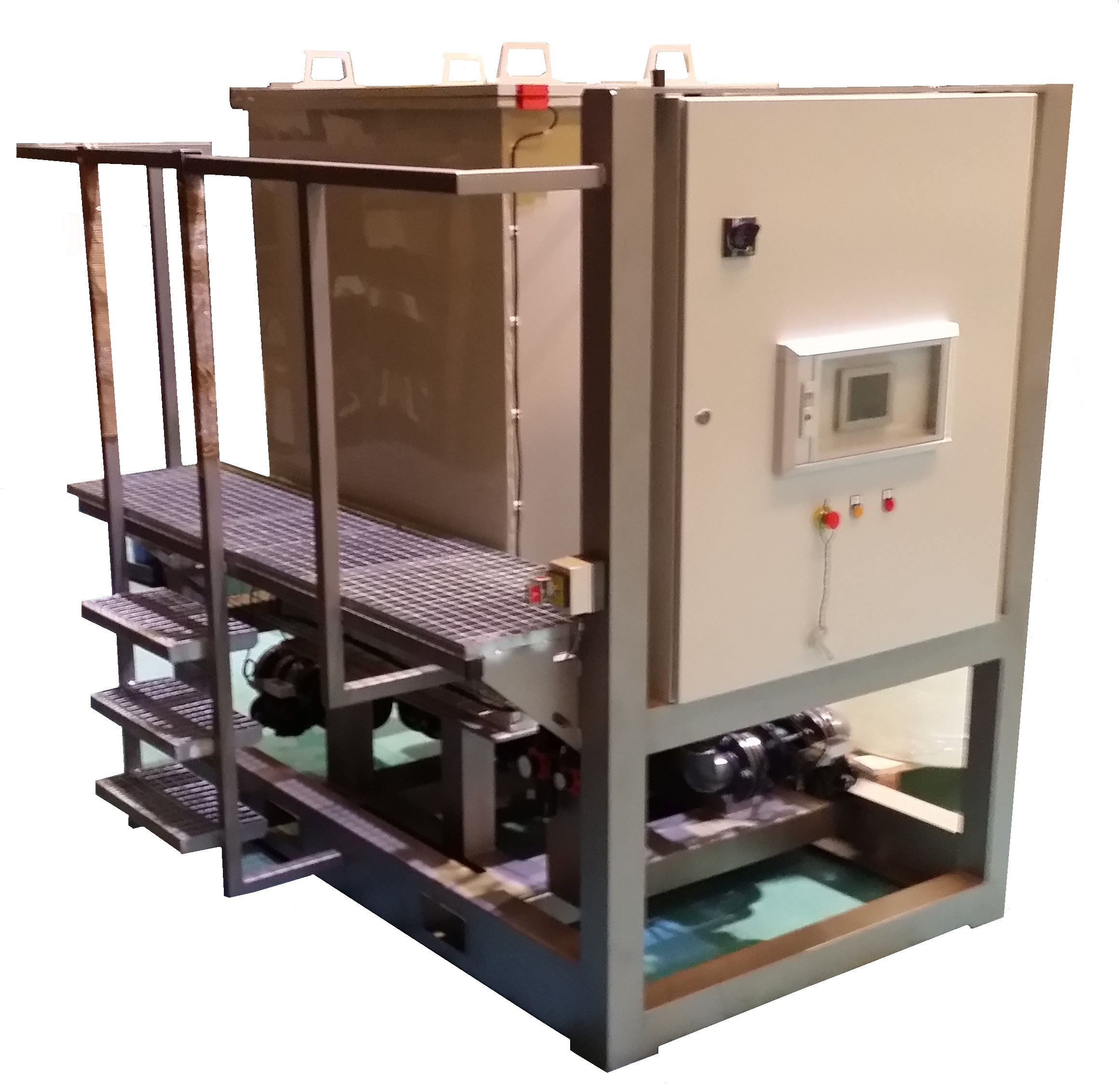 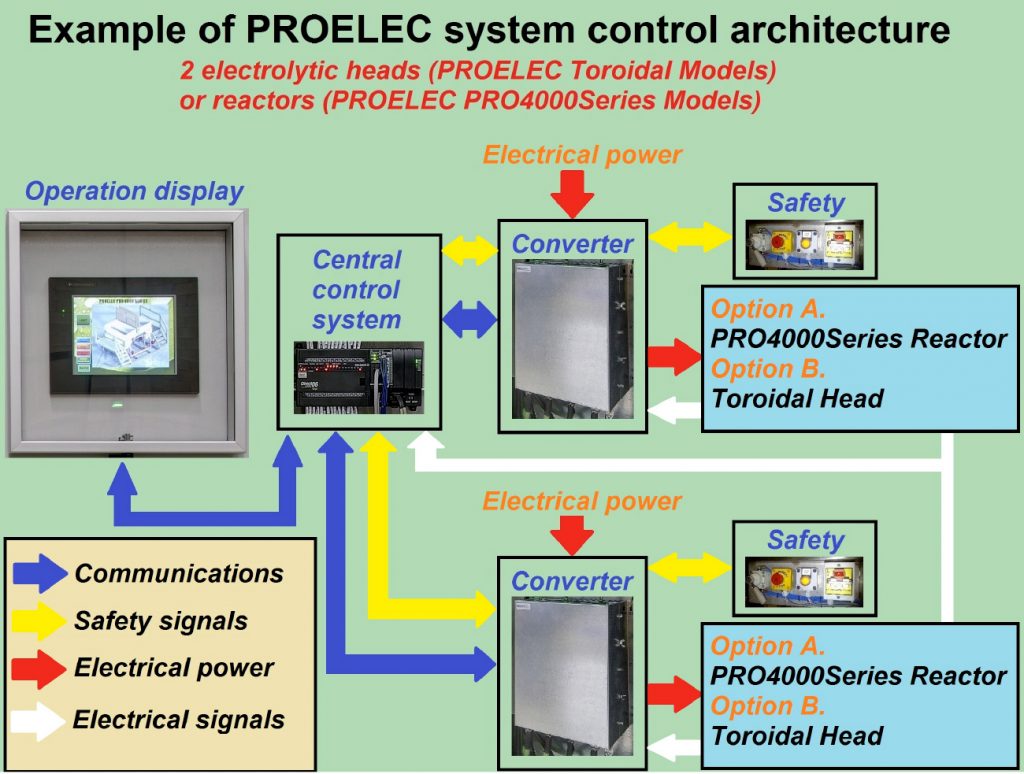